In the context of my Diploma thesis I developed new means of input for an existent system allowing users with any skill to conduct a virtual orchestra in realtime. The eWatch, a wearable computing and sensing platform, was selected as input device. It is worn like a regular wrist watch and transmits acceleration data via Bluetooth to the host computer. 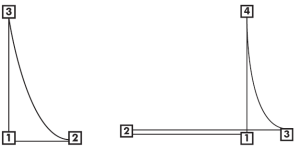 By performing common conducting gestures, the user is able to indicate the measure. In addition, he or she can influence the orchestra’s tempo and volume by varying the gestures in speed and size. Hidden Markov models are used to perform the gesture recognition task. While realizing a reliable and continuous gesture recognition, the proposed system is able to successfully reject non-meaningful hand movements, applying a threshold model.